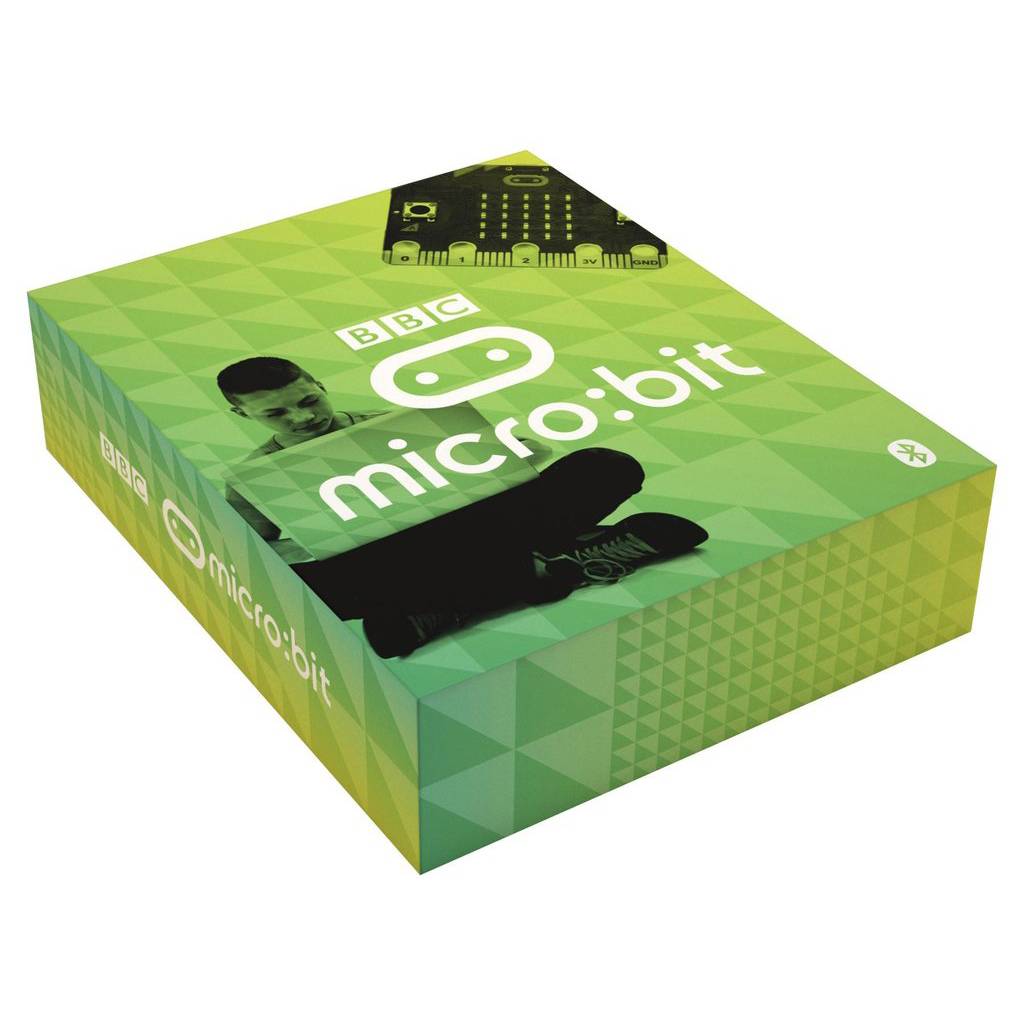 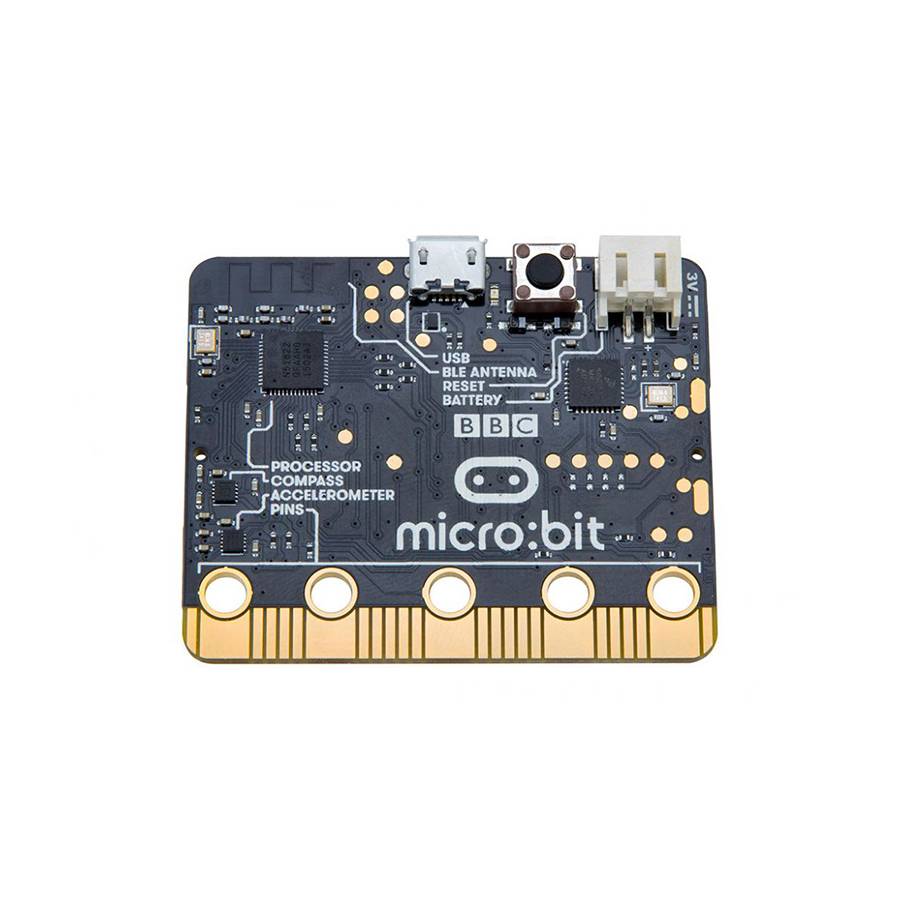 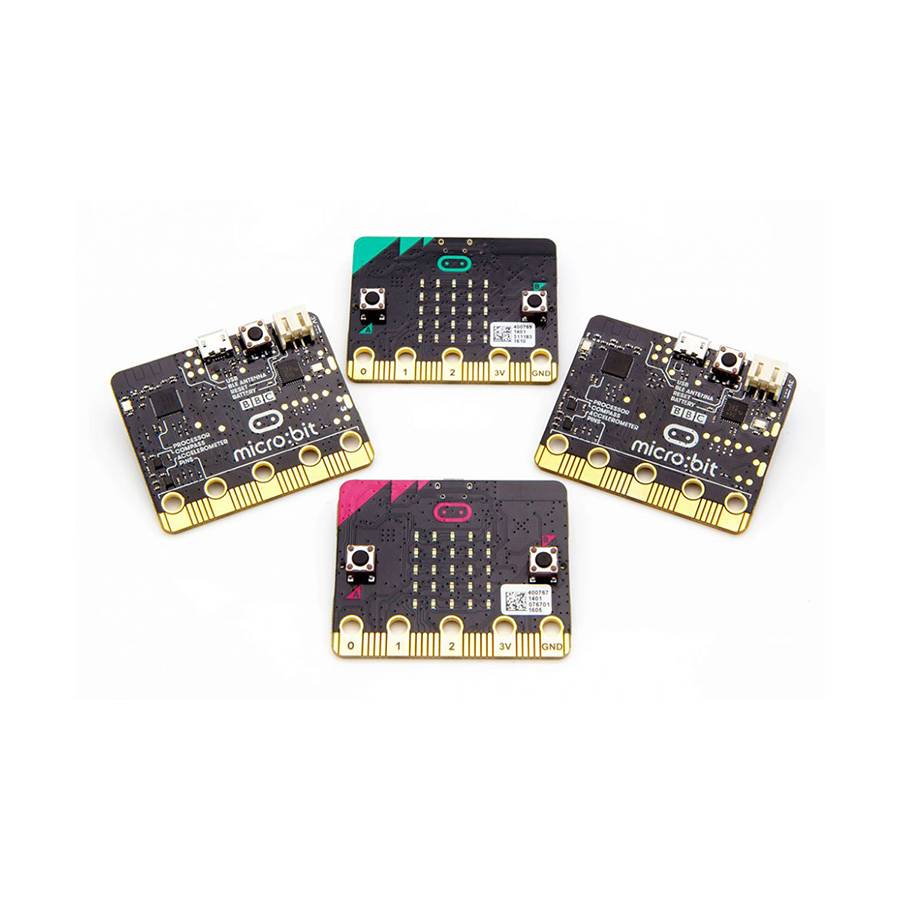 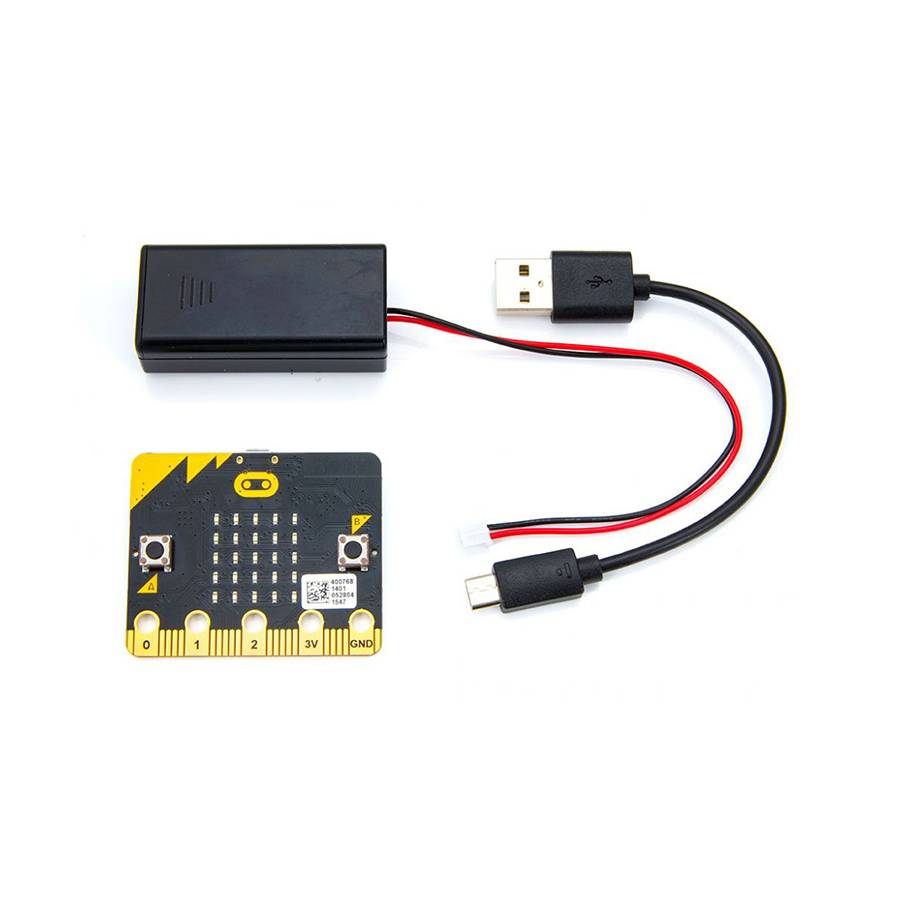 The BBC micro:bit is a pocket-sized computer that you can code, customise and control to bring your digital ideas, games and apps to life.

Add to wishlist or compare:

The BBC micro:bit is a pocket-sized computer that you can code, customise and control to bring your digital ideas, games and apps to life. Measuring 4cm by 5cm, and designed to be fun and easy to use, users can create anything from games and animations to scrolling stories at school, at home and on the go - all you need is imagination and creativity. The BBC micro:bit is completely programmable. That means each of its LEDs can be individually programmed as can its buttons, inputs and outputs, accelerometer, magnetometer and Bluetooth Smart Technology.

Please note: This is just the micro:bit on its own. We also have the BBC micro:bit Go Bundle with USB cable, battery holder and batteries.

Connect the micro:bit to your computer via a micro USB cable. Macs, PCs, Chromebooks and Linux systems (including Raspberry Pi) are all supported. It comes with a fun application, give it a try!

Your micro:bit will show up on your computer as a drive called 'MICROBIT'. Watch out though, it's not a normal USB disk!

Using one of our fantastic editors, write your first micro:bit code. For example drag and drop some blocks and try your program on the Simulator in the Javascript Blocks Editor.

Click the Download button in the editor. This will download a 'hex' file, which is a compact format of your program that your micro:bit can read. Once the hex file has downloaded, copy it to your micro:bit just like copying a file to a USB drive. On Windows you can right click and choose "Send To→MICROBIT."

The micro:bit will pause and the yellow LED on the back of the micro:bit will blink while your code is programmed. Once that's finished the code will run automatically!The MICROBIT drive will automatically eject and come back each time you program it, but your hex file will be gone. The micro:bit can only receive hex files and won't store anything else!

What cool stuff will you create? Your micro:bit can respond to the buttons, light, motion, and temperature. It can even send messages wirelessly to other micro:bits using the 'Radio' feature.

Check out the hardware page for more inspiration.

This page shows you how to get started with micro:bit, but as well as JavaScript Blocks you can use Python and text-based JavaScript to program your micro:bit. Head over to the Let's Code page to see the different languages, or check out the ideas page for some things you might like to try out.